Death of business class and rise of premium economy?

It’s a photo finish between Virgin Atlantic and Eva Air as to who introduced premium economy to the world first.

Eva, a Taiwanese carrier founded in 1989 launched its “evergreen” class on its Boeing 747s in late 1992, flying from Taipei to Los Angeles with passengers spread across four cabins for the first time. Evergreen sat ahead of economy but behind “super business”.

On the other side of the world, Virgin Atlantic unveiled its Mid Class in April 1992, entering service in July. 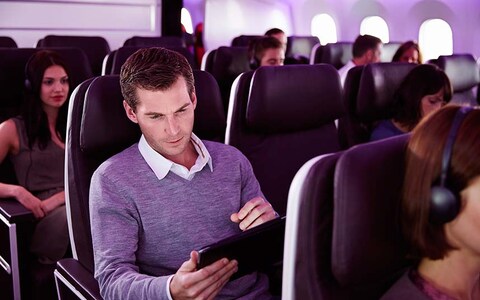 Virgin has had its premium economy seats since 1992

With a Victoria station check-in service for Gatwick flights, priority baggage handling, a hot towel service and “seat arm video units”, Virgin said its “revolutionary new product” was a response to businesses reviewing their travel contracts and downgrading its passengers from business to economy.

In short, as business class cabins evolved (think lie-flat seats becoming the norm) and airlines felt a growing pressure to accommodate more and more paying passengers in economy, a void of good-value comfort opened in between.

“When we first introduced premium economy, the intent was really to create a new option for business travellers, when there was such a big price difference between business and economy,” explains Oli Byers, Virgin Atlantic’s senior vice president of sales and customer loyalty. “We wanted to give them a real option if they wanted a bit more legroom and a bit more luxury.”

“The principles are the same today, but what we have seen is, while initially the opportunity was a new option for business travellers, we see increasingly that leisure travellers are booking into the cabin as well. For us, premium economy takes pride of place next to Upper (Virgin’s top class). 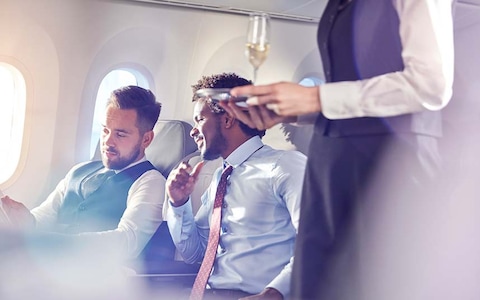 “As we’ve increasingly seen the emergence of low-cost carriers flying long-haul, providing choice for customers has become really necessary. We need to have something on the shelf they can notice when they are willing to spend a bit more.”

Escalation in the quality of business and first cabins is not, however, the reason for the rise of premium economy when it comes to the flying experience at the sharp end of the fare structure.

According to research by Telegraph Travel into seat widths, economy class passengers have lost up to eight inches of legroom since the so-called golden age of flying, 30 years ago. British Airways recently faced criticism over plans to install a new 10-abreast configuration on some of its 777s. But it was only following in the wake of most other airlines. United, Cathay Pacific, EVA Air, Emirates, Air France and Qatar are doing likewise.

On the 787, eight-abreast was popular at first, but now nine is universally seen as the magic number.

“Over the years we’ve seen the quality of airline first and business class products improve significantly, meanwhile we’ve seen the opposite effect in economy,” explains Ben Schlappig, founder of airline website One Mile at a Time.

“Economy seats have kept shrinking as airlines realise that most economy passengers are choosing an airline solely based on price. As a result, it’s not worth investing in more spacious seats.

At a glance | Who has the best value premium economy?

“Due to the way airlines publish fares (they’re heavily dependent on the market you’re traveling in), it’s hard to say that one airline consistently offers better premium economy value than another,” says Ben Schlappig.

“I would say one airline that stands out is Norwegian, with their Premium cabin. It’s typically significantly less expensive than premium economy on British Airways and Virgin Atlantic, and the seats are more spacious. I think Norwegian Premium is one of the best values for longhaul travel nowadays. The service might not be as extensive, though.

“This increasing divide between more spacious business class seats and less spacious economy seats has created demand for something in the middle, which is how premium economy has become so popular.”

Schlappig says first class is more likely to disappear than business given how luxurious the cabins have become: “While I don’t think first class will be eliminated completely, the trend is certainly that more airlines are choosing to offer premium economy in lieu of first class.”

The longevity of premium economy is evidenced by the growing number of prestigious airlines adopting the cabin, including Air New Zealand, BA, KLM and Qantas.

Singapore Airlines, often named the best airline in the world by various polls, including in the 2017 Telegraph Travel Awards, introduced its premium economy offering in 2015, replete with a 38-inch seat pitch, enhanced meal options and priority boarding treatment.

“At the time of launching our premium economy product, we were very open in saying that we had studied introducing the cabin several times over the years,” says Sheldon Hee, the Singapore-based airline’s UK general manager. “In 2015, however, we felt the time was right for us to launch the new cabin class – something we had not done previously since 1981 when we launched business (prior to that Singapore had just offered economy and first).” 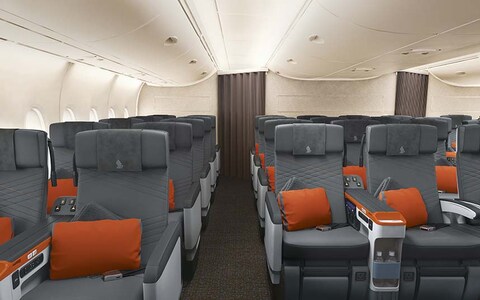 “We found there to be demand from customers travelling for business, as well as leisure travellers, who do not wish to spend on premium classes but want to experience more in terms of in-flight offerings.”

Singapore’s confidence in its Premium Economy class can be seen by the number of seats it has placed in the cabin of its A380 aircraft, the world’s largest passenger plane, as many as 44, just 30 short of business.

Oli Byers, at Virgin Atlantic, believes that airlines will soon re-focus on putting more higher-class seats in its aircraft.

The trans-atlantic airline, which has recently launched a three-way split of its economy fares, allowing passengers more choice in how it flies in the cheapest cabin, is proud of the fact that it took seats out of its Economy cabin to allow for its new Economy Delight (because of its 34-inch seat pitch).

“More and more airlines are disrupting the industry but I think we may see a reversal of the trend of trying to fit more and more seats into economy,” says Byers.

“Right now other airlines haven’t really taken that path, but over the next years we might see more carriers trying to create more space in the cabin.”

What then might that mean for the class system is not yet clear, but what is clear that the “fourth class” is here to stay.

Death of business class and rise of premium economy?