A US-Bangla de Havilland Dash 8-400, registration S2-AGU performing flight BS-211 from Dhaka (Bangladesh) to Kathmandu (Nepal) with 67 passengers and 4 crew, was on final approach to Kathmandu’s runway 02 cleared to land, when the aircraft turned left, tower radioed “Do not turn towards runway 20, turn right” and repeated “cleared to land runway 02”. The crew requested to land on runway 20, tower cleared the aircraft to land on runway 20. When tower queried the aircraft whether they had the runway in sight, the crew responded “negative”. Tower queried whether they had runway 02 in sight, crew affirmed, tower cleared the flight again to land on runway 02. The aircraft collided with the ground and burst into flames at about 14:25L (0835Z), tower stopped all traffic in and out of Kathmandu and sent arriving aircraft into holds reporting an aircraft accident. 49 people including all crew perished in the accident, 22 people were rescued alive.

Rescue services took 39 occupants to hospitals, however, eight of them were pronounced dead upon arrival at the hospital. 31 bodies were recovered from the wreckage.

The Ministry of Tourism reported 39 people died in the accident, 31 were rescued alive.

Later in the evening Nepali Police reported that 22 people are in hospital care, 31 bodies were recovered from the wreckage, 18 people were pronounced dead at the hospitals, 49 people died in the accident.

The airport reported the aircraft veered right off the runway and slid for about 300 meters until coming to a rest on a soccer field and burst into flames. The airport later added: “The plane flew past just above the air-traffic control tower during its descent for landing. It touched down the ground just next to a parked plane, a Thai Airways, and ploughed through a fence on the east side of the airport, and plunged into the lower ground.”

The airline complained tower “gave the wrong signal” to the aircraft and thus caused the accident.

Nepal’s government have appointed an accident investigation commission to investigate the accident.

A Thai Airways Boeing 777-200 registration HS-TJR was parked at Bay 2 of Kathmandu Airport. The aircraft had arrived as flight TG-319 about one hour prior to the accident and was able to depart Kathmandu about 3 hours after the accident.

The aerodrome is elevated by about 10 meters above the surrounding terrain including the soccer field.

After contacting Kathmandu Approach the aircraft was cleared to descend to 13,500 feet and proceed to GURAS Hold via the ROMEO standard arrival. The Aviation Herald was unable to hear the actual approach clearance to BS-211, however, all other approaches were cleared for the VOR approach runway 02, BS-211 was later instructed to “continue approach”. 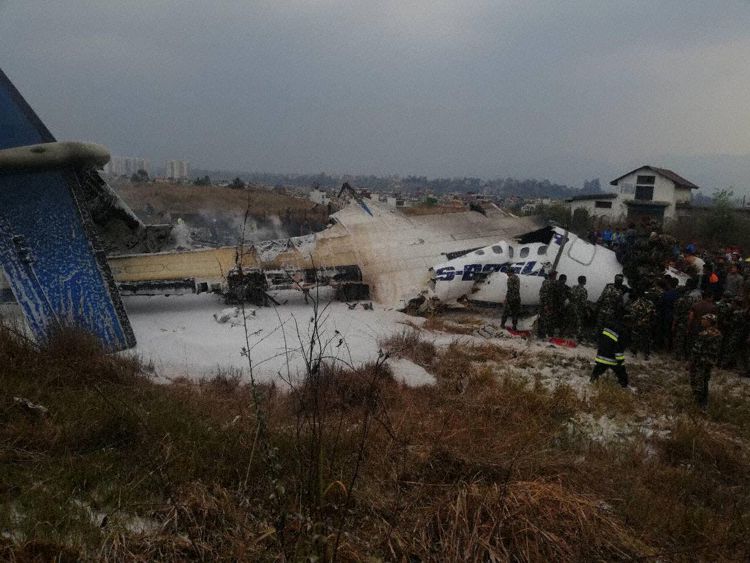 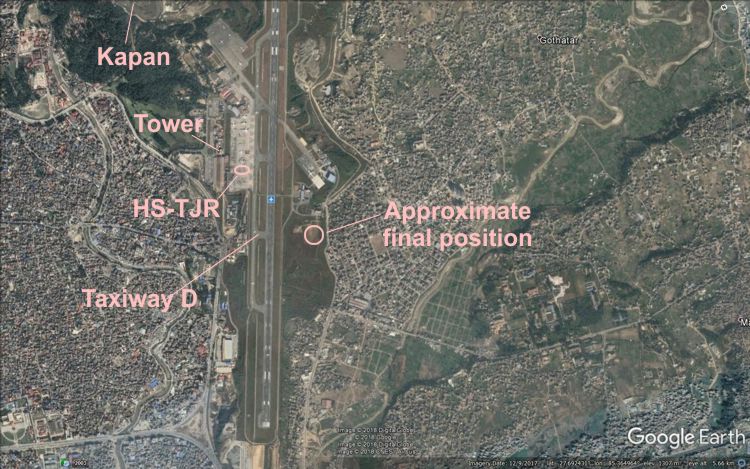 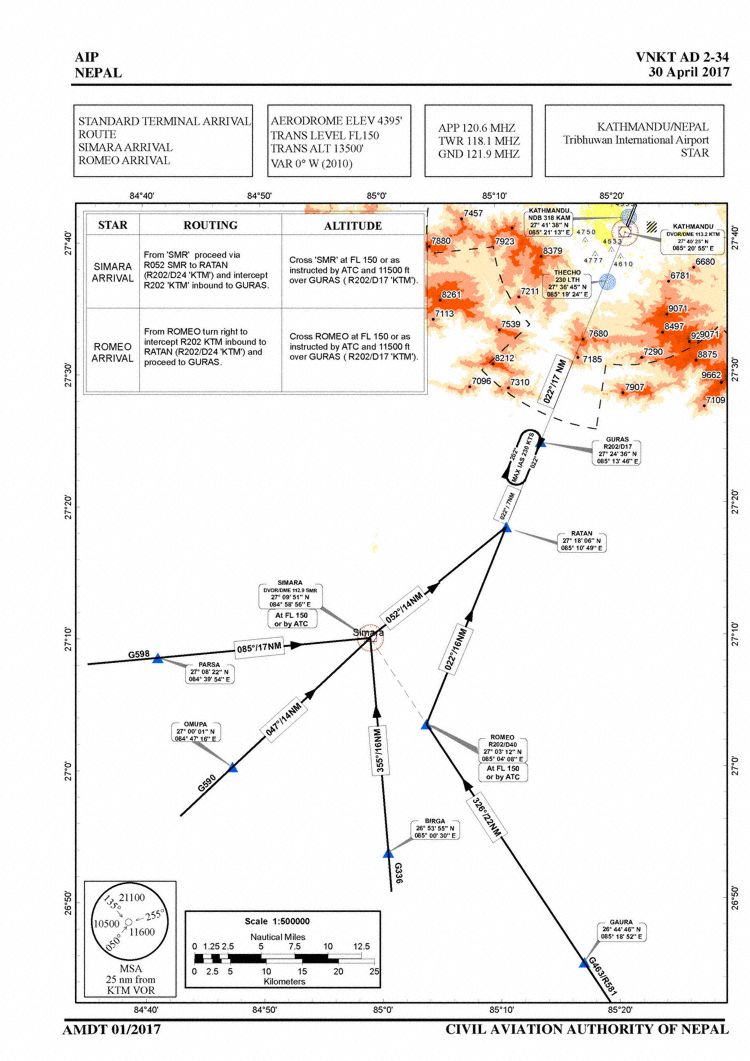 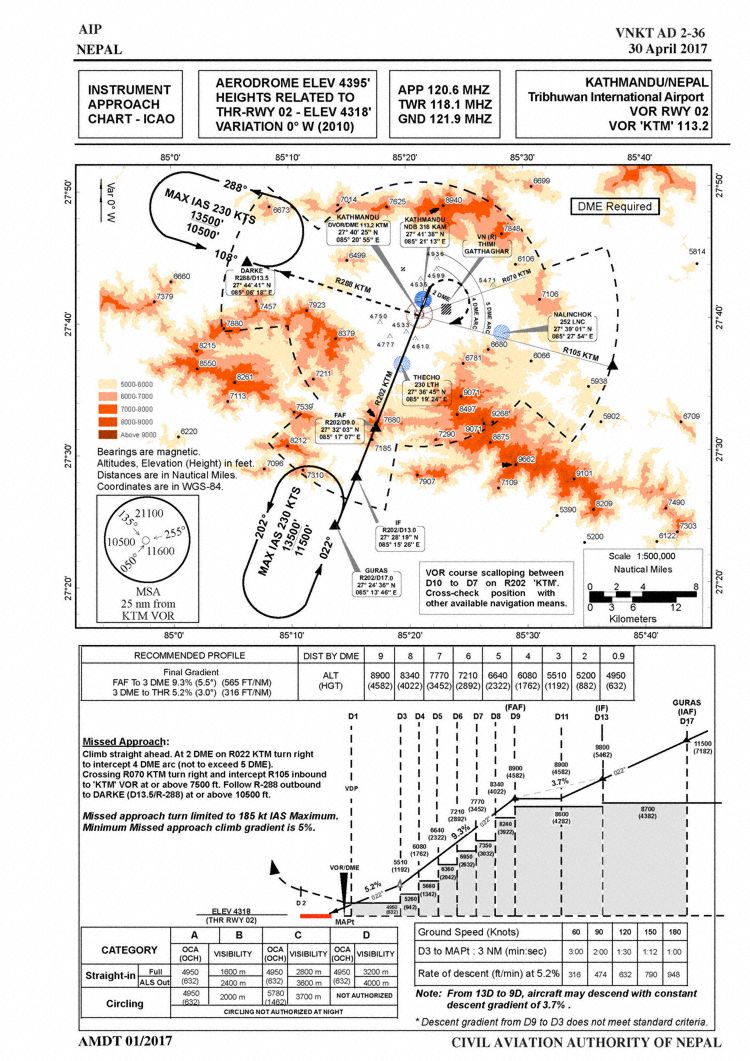